Aum is a song to praise the God.

Aum is a creative force.

Aum is the beginning (Aadi) and end (Ananta) of the entire universe. It is the creative force behind the worldly creation and the creator, and an epitome of both the creation and the creator. Aum stands for the truth, consciousness, bliss, love, beauty, purity, and God, indicating the divine nature of the Atman (soul) as Brahman (the supreme consciousness), the God (Aumkara or Omkara) or the Ultimate reality in various text of Veda and Upanishads.

An epitome of both the creation and the creator. 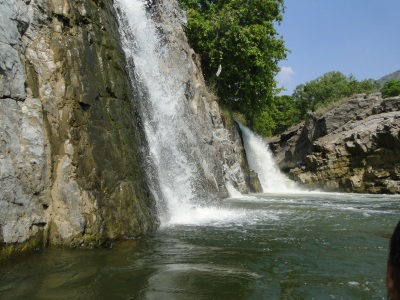 God takes the form as Aumkara (Aumkara Brahman). Various text of Veda and Upanishads describe the divine form of Aum. Recitation of ‘Aum’ is an important feature in Yoga and meditation. ‘Aum’ is recited to invoke the spirit of God in man.  As human beings are part of the creation, the internal (inner world) problems of the man, either self-inflicted  (Adhyatmika) or externally caused  (Adhibhautika); therefore, ‘Aum’ is part of the solution to the problems of the creation.

Aum is an important feature in Yoga.

The ‘Aum’  chanting calms our mind, and recharge our spirituality  to its original form. The sound of nature is Aum (ॐ)! You will be able to hear  Aum (ॐ) sounds by living in and through the nature. Go to a sea beach and try to hear the roaring sounds of the sea; its only endless vibrations of  Aum (ॐ)! Go to a forest and try to hear the sounds of the nature, its nothing else only Aum (ॐ). Once you become part of the nature,  you hear the sounds of Aum (ॐ) everywhere,  that’s your true nature, the sat-chit-ananda meaning truth, consciousness, and bliss.