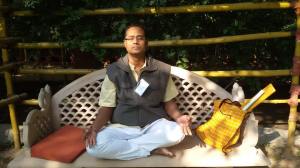 Kriya Yoga has been  a very popular concept recently.

Kriya Yoga has been  a very popular concept recently. As the problems facing the man has become increasingly complex by the incessant propagation of materialistic view of the world, the practice of Kriya Yoga is inevitable. It is Monks who practice Kriya Yoga to experience the divine consciousness. In recent times, it has become an essential tool for healing the problems of human sufferings. From a farmer to a scientist, the buzz is around taking a solid lesson in Kriya yoga.

Kriya yoga finds its origin in Bhagavad Gita. The Lord Krishna taught a lesson in Kriya yoga to Arjuna (The Bhagavad Gita, Chapter IV Verse 29). As the verse reads:

It means that the Kriya yogi generates extra life force (Prana) by resting the heart and lungs from the work and reducing the decay in the body through the practice of prana (offering the inhaling breath into exhaling breath). And the practice of Apana (offering the exhaling breath into inhaling breath) helps the Kriya yogi  successfully control the mutations of growth in the body.  So, Prana and the Apana ensures steady cessation of both breaths. As a result, the heart takes a complete rest.

The term ‘Kriya’ has Sanskrit root meaning regulation of thought, actions, and deeds. It blends the mind, body and soul (i.e. thought, action, and deeds) by embedding them in Pranayama; essentially receiving the cosmic power from the universal source (Muladhara).

The Kriya practice flushes out carbon dioxide from the blood and refuel with oxygen.

The Kriya practice flushes out carbon dioxide from the blood and refuel with oxygen. The extra oxygen accumulated in the body neutralizes the toxin in the blood and rejuvenates the brain cells and spinal centers; eventually preventing the decay of tissues. The higher form of Kriya practice enables the yogi transmute the cells into energy and so  receiving the power to appear and disappear at wish (Yogananda, 1946). 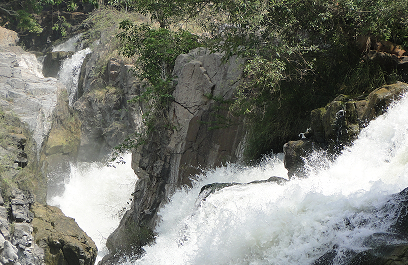 One thought on “The Essence of Kriya Yoga”

© [Saidatt Senapaty], [2021]. Unauthorized production, reproduction, and duplication of any part or whole of the article, spiritual theme, quotes and any other contents available in [https://saidattsenapaty. com] without express and written permission from this site’s author and/or owner is strictly prohibited. For all purposes the content copy right owner is [https://saidattsenapaty. com]. However, writers, authors and researchers can use and cite the material by giving full and clear credit to the author and content copy right owner with appropriate and specific direction to the original content.

Kriyaban, Graduate teaching and Research, PhD and Fellow of AHRD, Specialising in Human Resources Development and Organizational Behavior, and profound interest in Indian Ethos and Values.